Welcome to the 'new information' page of the website. Battlefield Tours, France 2018 / 2019 I intend further visits to the The Western Front in the areas of the Somme, Cambrai, Arras. Do you seek a Battlefield Tour with an experienced guide of over fifteen years. Two trips are already set for September and October but not confined to that by any means, please enquire for further information Staying right in the heart of the evocative Somme in a self contained gite sleeps four, two … END_OF_DOCUMENT_TOKEN_TO_BE_REPLACED

Please seek out Burscough 100 the belated promotion of the The War Horse promotion which was then located Booths Store leading up to 11th November 2018 100th Anniversary of the Great War along with the Memorial portrayal in the foyer. Richard Houghton.   . .· Construction work has now started on the new Ringtail  Retail Park and Booths supermarket. Designed to resemble A WW2 hangar with recognition of Royal Naval Air Station Burscough in and out of store this is a unique development … END_OF_DOCUMENT_TOKEN_TO_BE_REPLACED

Please note this website is in no way affiliated to, associated with Lathom Park Trust nor anyone associated past or present with that body. Images shown here are owned by Richard Houghton Founder of this site, you may assume any images found on LPT or (Ormskirk Bygone Tymes) have been removed without my consent

‘Ned’ The Earl of Lathom

In the ‘Horse Lines’  a typical photo of a Remount Depot soldiers, civilan staff amongst the ‘horse lines’  the stabling was open fronted stalls as can be seen. This was developed at Lathom and copied on the subsequent remount Depots at Romsey and Bristol.

Cavalry Patrol in Flanders before the storm 1914. Image from ‘I Was There’

Farriers above and below. 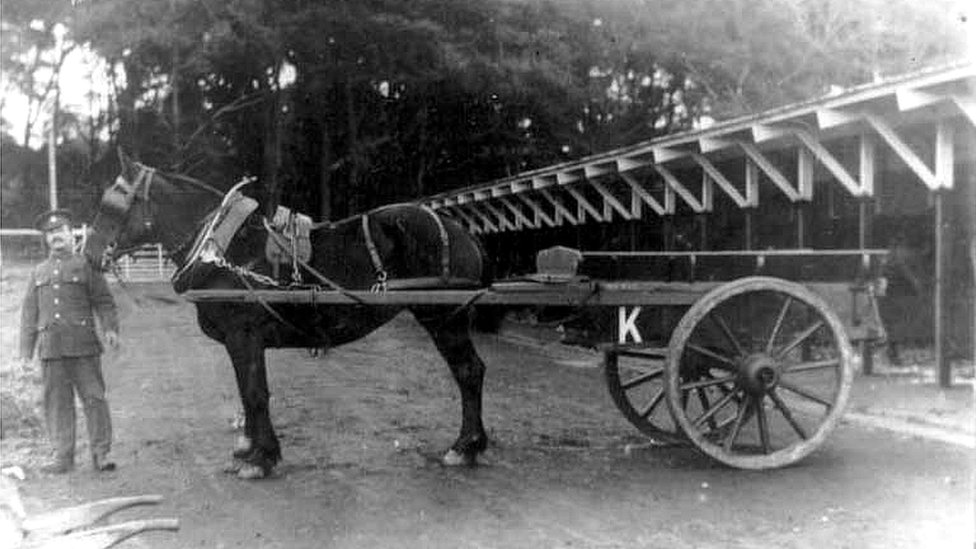 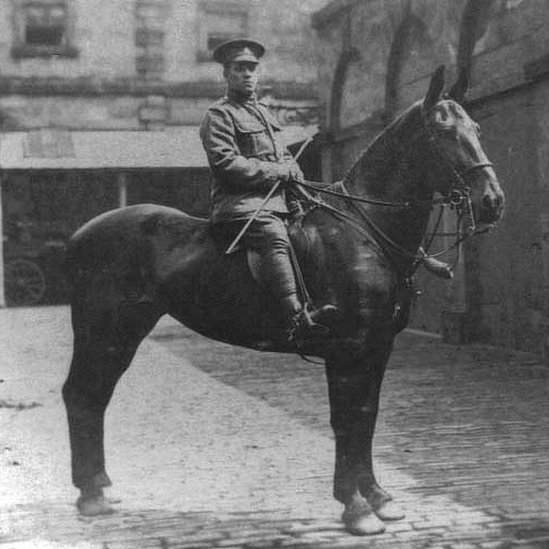 The Mount of Brig Gen Sir Percy Lawrie. Asst Comm Met Police, originator of the Mounted Branch which he Commanded, promoted initiated the use of Air Power within the Police, innovator of the use of dogs within the police service.

Very likely the most influential senior police office of all time.

From The Gloin Collection 1999.

Have long held the opinion the house had convalescent uses as a photo exists showing a number of variation of cap badges many showing Military Cross Ribbons.

Soldier with is faithful mule, stubborn, very hardy, eat less than a horse.